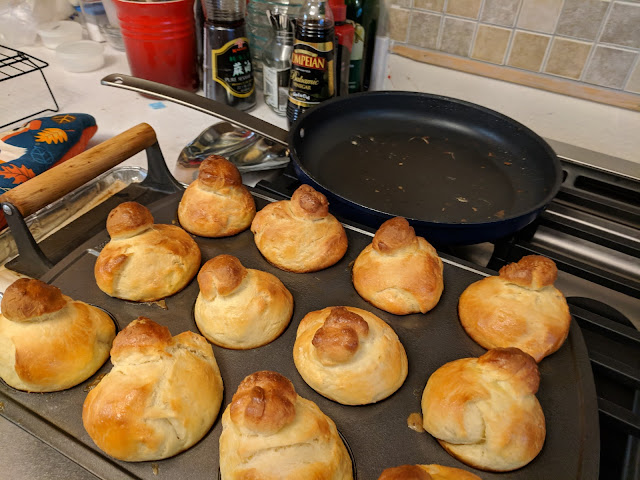 Brioche bread mostly seems to show up in French toast here in America, and I think I've seen it used in bun-form to contain hamburgers as well. This light, airy, buttery bread performs the first task admirably, and is ill served by the second. I chose to make brioche for a few reasons. First, the somewhat finicky dough makes frequent appearances on The Great British Bake Off. I admit that I like to pretend Paul Hollywood and Mary Berry would praise my efforts at trying something new, and maybe Berry would even call the peach jam I made (the buns were baked primarily as a vehicle for the jam) "scrummy."

The other reason I chose brioche à tête  revolves around fond memories of trying them with my family. I actually don't remember where or when we did, only that we sat together, and my sister and I thought it was fun to pull off the little "hats" and eat them first. My little brioche are perhaps a tad over-baked---the outsides are a bit crisper than the brioche I remember trying first. Nevertheless, I am pleased with my efforts. 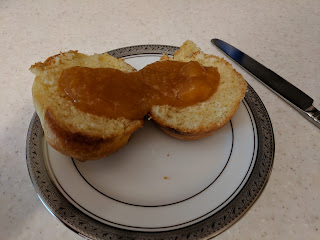 Continent: North America
Country: Mexico
Recipe Source:Love and Tacos
I'll be the first to admit I don't know a lot about traditional Mexican dishes. I grew up in southern California, but I saw a lot more fusion-style, Cali-Mexican dishes and a lot more street tacos than baked goods. My first attempt at research led to a post about hojarascas, where the author waxed eloquently about fall and crunchy leaves and how the season made them feel. Since crunchy leaves are one of my favorite things, I decided to make an attempt at the cookies the author described, cookies that share the name in Spanish for "crunchy leaves"---hojarascas.

The author warned that the cookie dough might be dry and mine really was. I had to add nearly a cup and a half of water to make it remotely workable. I thought at first I did something wrong, but as I reread through the recipe now, the amount of cinnamon listed (3 tbsp) seems really high. The author reduced the recipe from one for 12 dozen, so I … 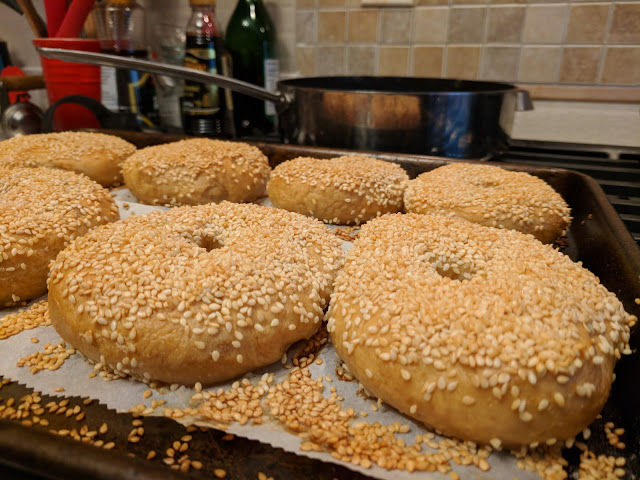 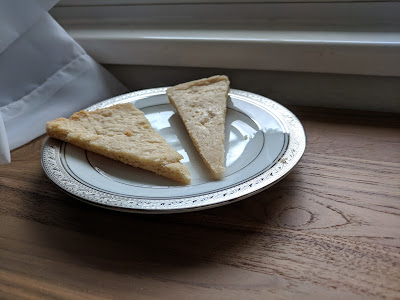